Low-cost airlines can make your travel costs lower, but what else should you consider? Read our tips to make the most of flying with a low-cost airline. Skip to main content Skip to navigation

Ready for a low-frills flying experience?

Three tips to keep in mind when flying on a budget. 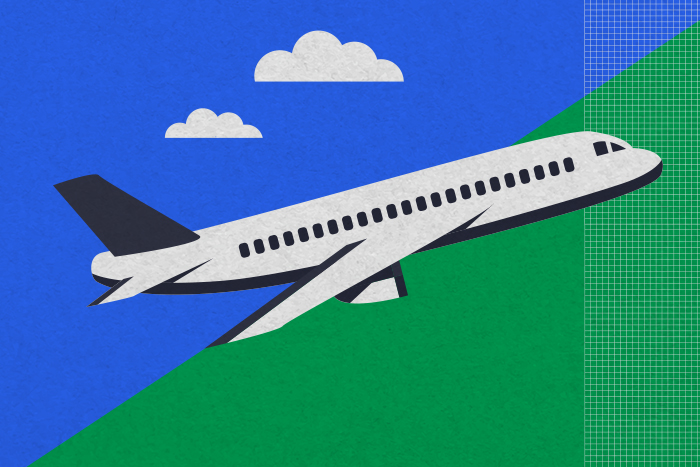 Don’t want to bust your budget on first-class bells and whistles? Good news : Ultra Low-Cost Carriers (ULCC) are coming to Canada! This is great news for Canadians who, on a whole, pay an arm and a leg for air travel. ULCCs provide a great option for Canadians travelling on a budget — like students and young professionals — and these types of airlines have already proved popular in Europe and the United States. Jetlines, Flair Airlines, Flytoo, and Swoop are a few of Canada’s newest ULCC players and worth considering when planning your next trip. However, as a customer, there are number things to keep in mind when flying with a ULCC.

To keep costs down, ULCCs typically fly out of smaller airports. This means you may have to make arrangements when departing or arriving at your destination. You likely won’t be flying into a city’s main airport. But at least that means you won’t need an Uber to get from one terminal to another. Also, to reduce costs, your flight may not be direct. So, you might touch down at least once before arriving at your final destination.

As the name suggests, Ultra Low-Cost Carriers mean savings. However, you need to know exactly what you’re paying for and what you could be dinged for if you’re not careful. With ULCCs, you’re essentially just paying for a moderately cushioned place to sit at 30,000 feet, which means you’ll pay more for extras like: carry-on baggage, checked baggage, food and beverages, onboard entertainment, and seat selection. Make sure you read the details of your confirmation receipt so there are no unwelcome surprises. With ULCCs, it’s important to be diligent. If not, extras like additional fees can really add up fast.

Limited (if any) creature comforts

It can be argued that flying (even on a standard airline) hasn’t been glamorous for decades, but with ULCCs everything but the engine, flight crew, seats, and wings have essentially been stripped away (okay, maybe not, but you know what we’re saying). Barebones, no-frills, whatever you want to call it, ULCCs are essentially a way to get from A to B — with likely a stop or two along the way. You can expect seats to be close together, so your legroom will be lacking. Your inflight entertainment options may be limited — no second-rate comedies for you! And, if you’re hungry, you should pack your own snacks because inflight food and beverages will cost you, but who really has an appetite for airplane food?

If you keep all these things in mind, flying on a ULCC can be a cost-effective way to travel. Everyone likes a good deal and if you are prepared and diligent when you fly on a ULCC, you’ll certainly have more money for the fun stuff at your destination. So, what are you waiting for? Give a ULCC a fly!

Travelling out of province?

Monica shares why travel insurance is important even within Canada. Read her story

How Patricia and Charles learned it's important to have coverage. Read their story.

Super Visa for parents and grandparents