Following a critical illness diagnosis, it's important to be able to make decisions about where you'll get treatment, what medications you'll take, how you'll make your home more accessible, and when or if you'll return to work – without worrying about the financial consequences. CoverMe® Critical Illness Insurance can help you pay for what you need so you can concentrate on your recovery.

CoverMe Critical Illness Insurance pays your benefit if you survive 30 days after you are diagnosed with one of 5 covered conditions.

A definite diagnosis by a specialist of a tumour characterized by the uncontrolled growth and spread of malignant cells and the invasion of tissue. You must inform Manulife within six months of the date of diagnosis or your claim may be denied.

Cancers that are not generally considered life threatening and are readily treatable:

A definite diagnosis by a specialist of the death of heart muscle due to obstruction of blood flow that results in the rise and fall of biochemical cardiac markers to levels considered diagnostic of myocardial infarction, with at least one of the following:

A definite diagnosis by a specialist of an acute cerebrovascular event caused by intra-cranial thrombosis or haemorrhage, or embolism from an extra-cranial source, with both of the following corroborated by diagnostic imaging testing and pesisting for more than 30 days following the date of diagnosis:

Transient ischemic attacks, or intracerebral vascular events due to trauma or lacunar infarcts.

The undergoing of heart surgery, determined medically necessary by a specialist and performed by a physician, to correct narrowing or blockage of one or more coronary arteries with bypass graft(s).

Any non-surgical or trans-catheter techniques such as balloon angioplasty or laser relief of an obstruction.

The undergoing of surgery, determined medically necessary by a specialist and performed by a physician, for disease of the thoracic or abdominal aorta requiring excision and surgical replacement of the diseased aorta with a graft.

Surgery on the branches of the aorta.

Additional conditions, exclusions and limitations that apply to all covered conditions

No benefit will be payable if you suffer a covered condition that results directly or indirectly from, or is in any way associated with:

No benefit will be payable if the insured suffers a covered condition at any time during the 24-month period following the effective date of the policy or the date of the last reinstatement that results directly or indirectly from, or is in any way associated with, a pre-existing condition. A pre-existing condition is an illness or condition for which, during the 24-month period prior to the effective date of the policy, the insured was diagnosed or was treated, hospitalized or attended to by a physician or was advised to seek treatment or consult a physician; was prescribed or took medication; showed indications, signs or symptoms or underwent tests or investigations.

No benefit will be payable where a covered condition is diagnosed in a jurisdiction other than Canada or the United States, unless the insured makes all requested medical records available to the insurer and the insurer is satisfied that:

Where the diagnosis is made in a jurisdiction other than Canada or the United States, the insurer shall also have the right to request that an insured person undergo an independent medical examination by a physician appointed by the insurer.

How to apply and renew

How to apply and renew

Your policy cannot be cancelled unless you stop paying the premiums

Get your premiums back if you don't get sick

Get your premiums back if you don't get sick

Does this plan seem like a good match for your needs?
Get a quote

We'll send one out to you right away. 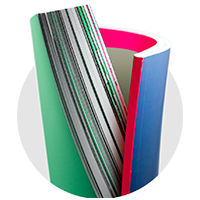 The CoverMe Critical Illness Insurance plan was designed for healthy individuals between the ages of 18 and 65, who want a basic amount of affordable critical illness coverage that can be obtained quickly, easily and without completing a medical questionnaire.

In the Critical Illness Insurance Health Declaration, "signs and/or symptoms" of heart disease means any indication that heart disease may exist – for example:

However, these signs or symptoms could be caused by conditions other than heart disease.

In the Critical Illness Insurance Health Declaration, "abnormal tests" means tests that have a "positive" result or require further testing, investigation or consultation – for example:

They do not include tests with "negative" or normal results that do not require further investigation, run for either diagnostic or routine purposes.

You may still be eligible. However, you are not eligible if you have had an abnormal ECG or been diagnosed with or experienced symptoms of coronary artery disease, heart attack, stroke, TIA or heart surgery.