Francis Zita shares his memories from the past 32 years of participating in the Ride For Heart. Read how you can participate in this year's virtual ride. Skip to main content Skip to navigation

Are you ready to ride? 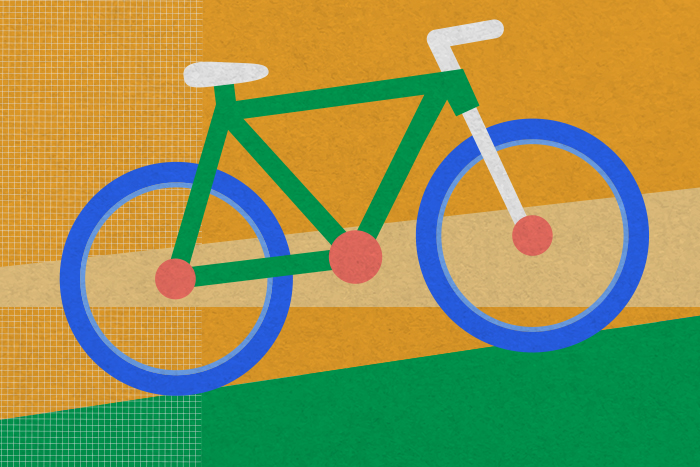 Those of you over 40 may have fond memories of 1988. You might remember Kirk Gibson’s historic World Series home run or Steffi Graf’s Grand Slam sweep in tennis. Perhaps it’s getting a Nintendo Entertainment System. Maybe you remember strutting down the street in your acid wash jeans, Rick Astley crooning on your Walkman, as you head to the movie theatre to see Tom Hanks in Big. Or maybe, if you lived in the Toronto area, you participated in the first ever Heart & Stroke Ride for Heart to raise funds for heart and stroke research.

The latter was definitely the case for Scarborough, Ontario’s Francis Zita. He was there, 32 years ago, one of just a few hundred people riding 50 km through the streets of Toronto. And he’s been there every year since, as the event has grown to see as many as 13,000 participants rolling along closed-down major highways.

For Francis, the attraction to the event all these years has been personal. As a teenager, his father required a quadruple bypass, and, later, his uncle died after suffering a stroke. He was always an avid cyclist, so combining that with raising money for heart and stroke research was a no-brainer.

Get ready for the Virtual Ride for Heart!

This year, the event is still on, but it will be very different. Rather than 13,000 people riding together, event organizer Heart & Stroke has shifted it to a virtual event to be mindful of social distancing. You can register online to raise funds, then pick any day in June to devote the exercise of your choice to the cause. If you love cycling like Francis, you can bike on your own for 20 minutes or 20 km (outdoors or on a stationary bike), or you can go outside the box and walk, run, do yoga, have a Zoom dance party – whatever you want, as long as you’re active.

Francis is committed to hopping on his bike once again in 2020. As you can imagine, he has accumulated many fond memories through the course of 32 Rides. We got in touch with him and found out some of his highlights:

Francis is so dedicated to this cause that at 73 years of age, he says, “No matter what format or what time of the year, I am always committed to participate (no way I will stop after 32 years) as is my team.” He realizes that some people may be experiencing financial difficulties at this unprecedented time, and that may affect his fundraising effort. “But,” he says, “I always say – and I say it to all of my supporters – any amount will help the cause and will be greatly appreciated.”

As the title sponsor of the Manulife Ride for Heart, we greatly appreciate Francis’ incredible, decades-long dedication to the cause of heart health, and that of everyone else who rides, raises funds and donates.

Patients need your help now more than ever

Rest assured that funds raised are put to good use, supporting researchers and helping Heart & Stroke provide credible information for people with heart disease and stroke. At this time of pandemic, these patients face multiple issues because they are at a greater risk for developing serious medical conditions if infected with COVID-19, and there is currently reduced access to health and rehabilitation services, as resources pivot to respond to COVID.

Are you ready to get active and raise funds for this important cause? Anyone across Canada can participate in the 2020 Manulife Heart & Stroke Virtual Ride for Heart by registering online, then picking a sunny day in June to ride!

How to develop healthy habits in four key areas of your life. Find out more

Motivate yourself to exercise when working at home

5 ways to maintain an exercise mindset when you don’t commute to work. Learn More

Their views and expectations, and how it will shape our future. Read more